Showing People with Disabilities Their True Abilities in STEAM Disciplines

Many students and professionals who have disabilities are often persuaded from engaging in school or work in science, technology, engineering, art, or mathematics (STEAM) subjects. Particularly people with physical disabilities including vision and hearing loss or mobility challenges are often treated by society as  less capable as their non-disabled peers in STEAM fields of study. We strive, as individuals and as a company, to make the world as diverse and inclusive for all inhabitants through wholesome education. Furthermore, we feel that input to the STEAM field from those with disabilities is valuable and important and that we should give them the confidence and opportunity to seek a career in a field of their choice.

Dr. Hoby Wedler received his Ph.D. in chemistry from the University of California, Davis. Hoby discovered throughout the course of his schooling that many blind or visually impaired (BVI) students whom he worked with were discouraged from studying STEAM fields. He further realized that students with other disabilities, particularly physical disabilities, were discouraged from studying STEAM disciplines because they are not given the opportunities in school to learn what they are capable of in STEAM and show their talents. This is likely due to the fact that society is unsure of their potential contribution to STEAM and therefore discourages them from STEAM fields. In 2012, Hoby, along with Senspoint Design co-founder and operations director Justin Vallandingham co-founded Accessible Science, a 501©(3) organization to show people with disabilities that their disability should not hold them back from pursuing careers in STEAM.

Accessible Science, a 501©(3) organization was founded in 2012 to show high school and early college students who are blind or visually impaired that their lack of eyesight should not hold them back from pursuing careers in STEAM fields. Accessible science partners with the University of California, Davis, Credo High School in Rohnert Park, California, and the Lighthouse for the Blind of San Francisco to host 2-night, 3-day camps for BVI high school and early college students which use chemistry and flavor science as lenses to show the students their potential in STEAM. Many students come to Accessible Science with little to no knowledge of how a kitchen stove works. They leave knowing the basics of cooking in a kitchen, some knowledge of how to perform hands-on chemistry lab research accessibly, and having gained an increased sense of confidence in their abilities. Accessible Science has worked with over 70 students from around the United States and Mexico. Several of our students have received Ph.D.s in STEAM fields or are currently in graduate school.

The efforts of Accessible Science have been recognized by former President Barack Obama when co-founder and director Hoby Wedler was recognized as one of 14 champions of change for enhancing education and employment opportunities for students with disabilities. 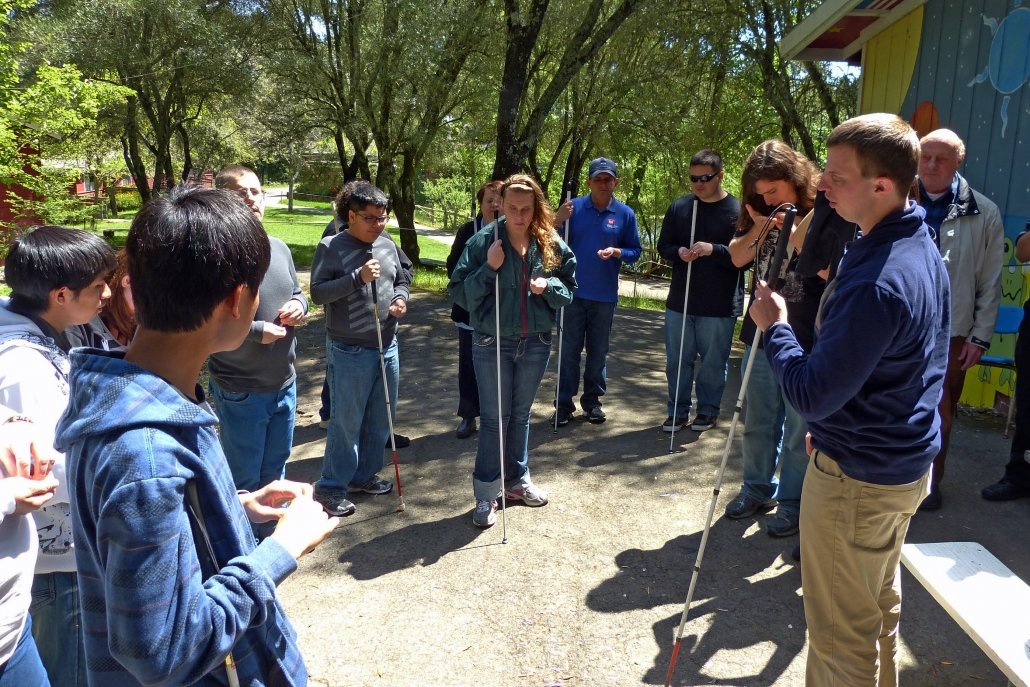 Be My Eyes Case Study